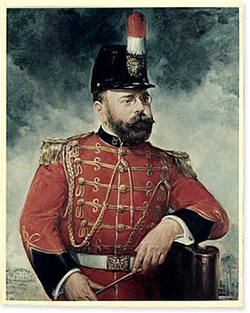 John Philip Sousa was born in Washington, D.C. in 1854

His father played trombone in the Marine Band.

When he was 13, he really wanted to join a circus band but his father enlisted John in the Marine Band instead.

Eventually, he became the conductor of the Marine Band under 5 different presidents.

He wrote so many marches (over 100), he was often called "The March King"

He invented a type of tuba that could be played standing up and marching.

It was named a Sousaphone - after John Philip Sousa.


Click here to listen to the Marine Band play The Stars and Stripe Forever and to learn a little more about Sousa.
Powered by